There comes a time when everyone must reveal something deep and personal to their friends and family. Sometimes it is viewed as shameful or taboo by society, but other times (for the lucky of us) it is just petty things like loving the TV show Arrow. 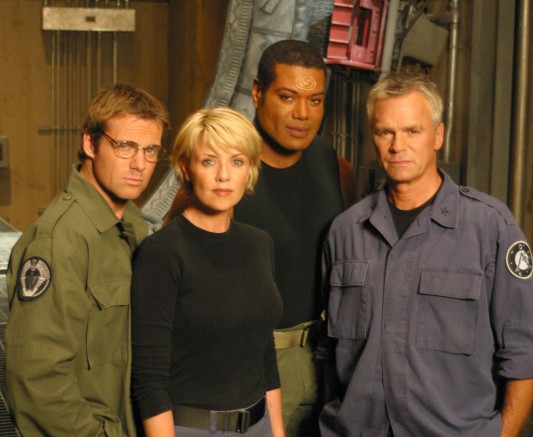 ‘Tacky’. As Google defines it is: “showing poor taste and quality.” Their list of synonyms include; kitsch, vulgar, crude, garish, trashy and so on. 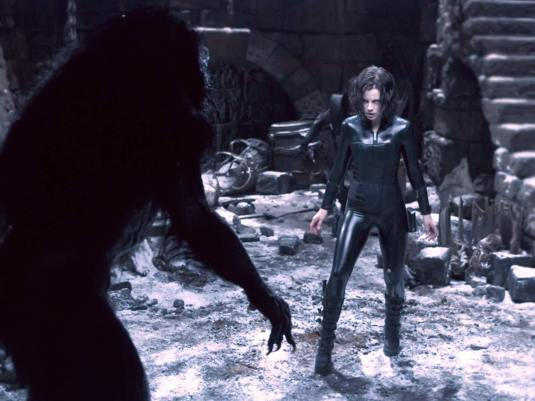 For example I love this against all common sense.

In addition to the Underworld film series, Arrow and the Stargate franchise I also adore Torchwood and Farscape. None of these are beacons of high quality writing (in terms of dialogue anyway), acting, directing or production values (though holding that against a low budget showing is unfair). They’re all incredibly shallow (admittedly not always the case with Torchwood and Farscape) relative to TV in general and cerebral science fiction. This all begs the question; what is ‘high quality’? 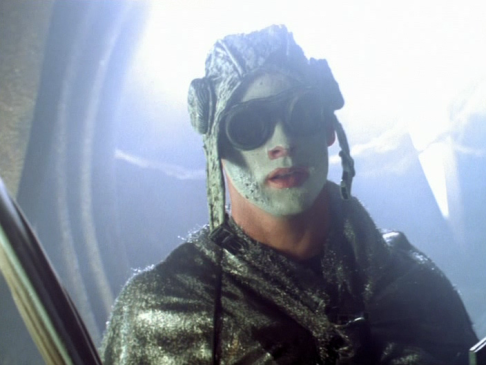 Probably not this anyway.

Cheap jokes aside I don’t really think the picture above is indicative of ‘low quality’ so much as not taking a show seriously. If taking oneself too seriously were a mark of quality then Arrow would have Emmys pouring out of every orifice. (Not that Emmys are a sign of quality either.)

So why is Star Trek considered a quality TV classic? Yes the acting is occasionally derided, but at least in TV critics circles and that of Sci Fi buffs it is praised to be genuinely great. 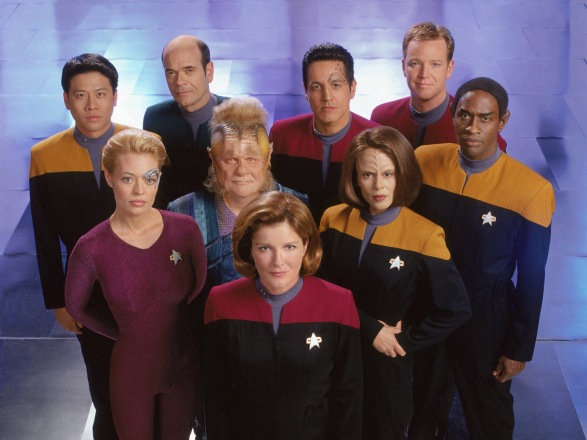 Well most of it…

The obvious answer is that Star Trek is both influential (find me a truly original Stargate episode) and cerebral. It’s true that Torchwood has thoughts and ideas, but they’re about as subtle and nuanced as a sledgehammer, the Children of Earth miniseries being a grand exception.

“I need to talk about how sexualized our culture is…I know! I’ll have an alien shagging lots of people to death! Plus that’ll let me fill my quota of ripping off Angel.”

Obviously Arrow has gone uphill quite a bit. The stories are more sane and less teen driven, the plots have consequences and Oliver Queen is less like a robot. BUT, it is still a poor man’s The Dark Knight with horrible acting and dialogue.

Also could we stop driving Oliver Queen’s motivations by killing off the women he cares about?

This all leads me to fun. The enjoyment of tacky TV and film most likely comes from fun. Stargate, Farscape, Torchwood, Underworld and especially Arrow, are all fun. The team dynamic in Stargate is a joy (as is the violence), the lack of team dynamic in Farscape is fun and so is whenever John Crichton acts crazy, John Barrowman is fun, the brutal gore (using traditional effects) of Underworld and its weirdly detailed mythology are fun and with Arrow; everyone loves a superhero right? 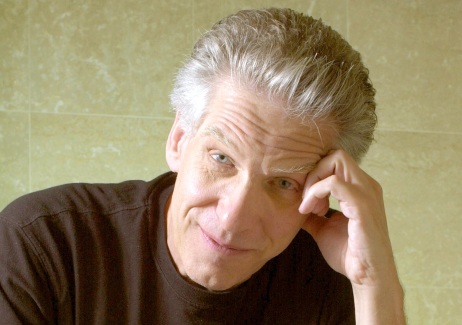 However does this all mean that liking something ‘tacky’ is shallow? Well firstly it is important to reassert the elephant in the room; quality is subjective. What is cheap and lazy or genius is all about perception.

Secondly everyone is allowed to have a varied and extensive taste in things. They don’t just have to be fans of Sci Fi, horror or assuming anything HBO pumps out is genius. There is always room for difference.

Thirdly, and perhaps most importantly, the thing to remember is that you should really (in my ‘humble’ opinion) judge films and TV by two criteria; does the final product succeed at what it is trying to be and does it have any artistic qualities that go beyond that? (The exception to this rule being The Human Centipede.) All the shows I named succeed strongly at what they set out to do and manage to create at least one story or character that affects you. I used to watch Arrow at first simply to mock it…

…but then this guy came to town.

Lastly I must point out that I guarantee everyone loves something tacky, but has plenty of hate for other tacky properties. So perhaps good tack is another kind of quality. These are good shows and films but without the resources or production values to achieve obvious ‘high quality’, but high quality of another type. Perhaps one day the writers of Arrow will realise Green Arrow’s rich history of social themes? Perhaps on another one day Stargate will be continued by people who realise the US military interfering with galactic politics is an opportunity for brutal commentary. And maybe one day Selene from Underworld will have a discernible personality.

P.S: Just to reassert, not all tacky stuff is fun or good, for example: 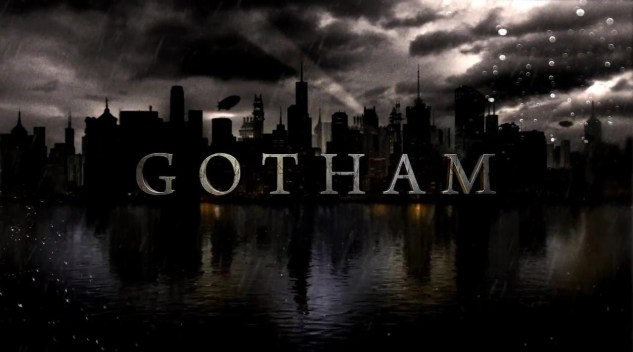 ← Don’t ‘buy into feminism’
Elementary: ‘The Smartest Show in the Room’ →