The Pied Piper of Yosemite 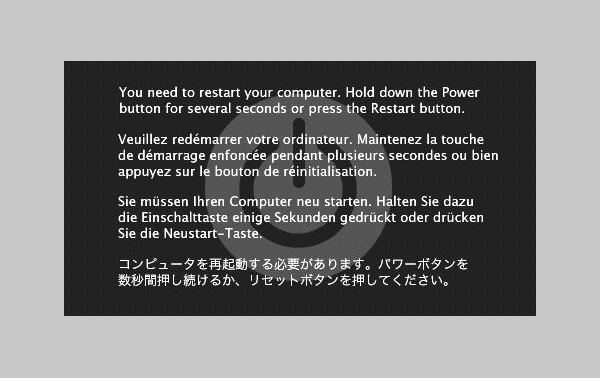 It wasn’t so long ago that an upgrade to your Operating System (or ‘OS’) meant going out and buying an expensive set of floppy disks, then spending a week checking through every application, every extension and every add-on to know for sure if it would still work correctly when you upgraded (or more importantly, if it didn’t actually break the new OS you were installing). And once you upgraded, you were generally stuck with that OS until the next upgrade came along in two or three years time.

Yes, this was actually a thing.

We’ve obviously come a long way in the past 20 years. In my lifetime we’ve gone through evenings of inserting floppy disk 10 of 30 to CD-ROMs to fixes and tweaks sent out over the Internet to DVD installations. And now we’ve come to the point where physical media plays no part whatsoever – you can download entire OS upgrades in good time for free. It’s something anyone can do easily. I’m talking of course about Apple’s newest addition to their Mac platform, OS X 10.10 (that’s pronounced “ten point ten” by the way), nicknamed ‘Yosemite’ (“Yo-sem-it-ee”).

If you’re only three, you’re out of luck…

Whilst downloading whole systems over the Internet for free is nothing new (many Linux systems have been doing it now for over a decade), Apple was one of the first major commercial players to scrub their upgrade fee last year with OS X Mavericks. This is following over 30 years of users having to pay up to £80 (Mac OS 9) for their system upgrades.

The advantage of giving a system away for nothing is that it provides a huge incentive for customers to upgrade, particularly the less tech-literate customers who would be nervous to do so. Upgrading your Mac is now as easy as upgrading your iPhone, a device where OS upgrades have always been free. Having the majority of users upgrading to the latest OS makes it much easier to develop apps for, as you don’t need to add all the junk required by the older versions. It also ensures that users have the latest security updates to provide some protection if they go online. The competing system, Microsoft’s Windows operating system, still charges £100 for the basic version of Windows 8.1, the latest available. Funnily enough, it has had a much smaller adoption rate than Apple’s latest release (though this may have been due to certain other factors *coughTILEScough*). This all sounds wonderful, but inside lurks a problem. Not a technical problem – predictably, it’s human. For years, operating system upgrades were generally performed by people who were tech-literate. People who didn’t really know what they were doing or were hesitant about the upgrade process would either stick with the system they had, which in the infancy of the Internet wasn’t the problem it is today, or get a professional to do it for them. That professional would perform all the usual pre-flight and post-installation checks, and the computer would be returned in full working order.

Fast-forward to now, and anybody can upgrade their system with a click of a button. Twenty minutes later, and you have your new system. It’s just like the iPhone. And this, unfortunately, is the problem.

You see, unlike the Mac, the iPhone’s system (iOS) is very tightly controlled. Nothing gets in or out without Apple’s say so. Every app or extension you install has passed rigorous and strict tests by Apple themselves, and are run within Apple’s tight security rules (unless you deliberately circumvent these rules by a technique aptly known as ‘jailbreaking’). As a result, Apple and developers can confirm almost without doubt whether an app or extension will work with an OS upgrade, and because of the strict rules on an iOS device, it is extremely unlikely that an app or extension will cause the whole system to fail.

Why are you always preparing?

Though the Mac looks quite similar to the iPhone – it has an App Store, it receives free updates from Apple and it comes with many of the same applications – they are actually very different ecosystems. OS X is not locked down tight like iOS – you can tweak it, you can manually change parts of the system to suit your needs, you can install add-ons and extensions to change the way the system works. You can install anything you want from literally anywhere, Apple or not. You can even change the entire appearance if you want to. It is still very much a computer operating system and has very little resemblance to its iOS counterpart. When you upgrade, you still need to check all of your apps, extensions and documents to see if they will work with the new system before you take the plunge. Unfortunately, because the majority of users are used to the iPhone’s easy-to-upgrade-and-everything-still-works nature, they don’t hesitate to click the big ‘Free Upgrade’ button, because surely everything will just work, right?

You can’t do this on an iPhone.

It’s with somewhat wry amusement that I read through the user reviews panel for Yosemite – half of users say that the system upgrade worked perfectly, looks great and has really improved their Mac. The other half are posting frustrated, one-star reviews warning that the upgrade has rendered their system unusable, that they’ve lost access to apps, documents and entire systems. Yet when I take a peek at forums buzzing with pleas for help, the majority of the problems are being caused by old apps or incompatible extensions – the two mains things users need to check before upgrading.

So in most cases, these one-star reviews are unfair. It is not Apple’s fault that their Macs spectacularly crashed once they clicked the upgrade button. Yosemite, in my opinion, is possibly the best thing to happen to the Mac since Snow Leopard’s release back in 2006, and the fact that you get it for free when the equivalent Windows system sets you back £100 makes it the bargain of the century. What is Apple’s fault is the climate they have created which has caused this to happen. iOS’ one-click everything-will-be-fine-upgrade process has given many inexperienced users a false sense of security, a sense that is promptly squished when their Mac goes ka-pow in their face. Upgrading your system is a risky process, but the majority of these risks can be eliminated just by a few simple checks before you hit that button. There are warnings next to the button to ‘ensure your system is fully prepared’ before upgrading, but like many Terms and Conditions documents these are usually quite small and often ignored.

All ye who press enter here abandon all hope…

So if your Mac has gone all Amstrad after you upgraded to 10.10, it is probably your fault. However, you can take some solace in the fact that Apple has lead you most of the way to the mountain with their magical pipe, only to swiftly drop you in the river of reality with the rest of us rats.

N.B. There is an important difference between ‘update’ and ‘upgrade’. Updates are small, free fixes that the company sends to you over the Internet that either add some minor features or tightens security. Sometimes known as ‘Service Packs’, these do not affect your computer too much and must always be installed as soon as possible to protect it. Upgrades are brand new editions of an operating system and are not required to be installed until your current OS is deemed obsolete, which could be in two or three years. You will only be required to upgrade after the company has stopped issuing security updates for your system.