Wonder Woman, when written well (sorry Geoff Johns), is a fantastic character. She is one of the few superheroes that is compassionate in person, rather than just as an idealised moral stance. She literally is driven by love for all people, including her enemies!

In addition to this she has an understated wit, self doubts that play into and stem from her actions as well as being a superhero who has a malleable ‘no-kill’ rule. She also doesn’t take any shit from Superman or Batman.

However, most importantly of all she is an icon. She has been an icon in the comics and beyond, she even has an iconic television show.

Don’t forget the iconic costume too!

The Man of Steel cinematic shared Universe is now also considering her worthy of an adaptation and Marvel haven’t even put out a Black Widow film yet.

Though a cynic would argue that her ‘adaptation’ is more of a ‘tie-in’.

So why doesn’t Wonder Woman have a video game? Admittedly she may already have an obscure one that Wikipedia (lazy research FTW) doesn’t list. If that is the case it is still an obscure video game. Yes, she has had appearances in other titles such as Injustice: Gods Among Us, but I am talking about Wonder Woman centric and led video game.

Originally I was going to start off this piece by begging Rocksteady to make this game given their attention to detail in world building, as well as their wonderful ‘freeflow combat’ game mechanic, but then I remembered how they portray female characters.

So my article is aimed at whomever will listen really, however I would love for Rocksteady to turn over a new leaf in female characterisation and female character design. Especially when Diana is about to be ruined for a few years….

No David Finch, just no. Please go away.

What would the plot be? I don’t know exactly, but this is a character with a long history of varied stories and genres. Wonder Woman encapsulates mythology (Themyscira and Olympus) and superheroics (investigating crimes, working for the department of meta-human affairs and generally saving the day/world/anyone she can help). Hell they even had a recent plotline of Batman being incapicitated and Wonder Woman taking up the mantle of protecting Gotham. 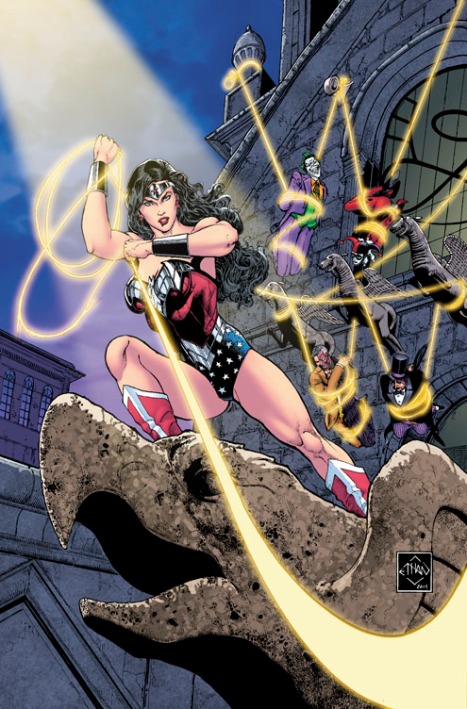 What I am trying to say here is that there are no limits, especially for a open world sandbox game adaption. You could even have more than one location! She can fly! And this leads me to gameplay quite nicely. Wonder Woman can fly, she has super strength (but not so much that people aren’t a threat like for her like with Superman), she has her lasso of truth as well as her anything-proof bracelets, sword and shield. The Arkham Aslyum trilogies mechanics would work perfectly for a Wonder Woman game. I already mentioned the ‘freeflow combat’ mechanic that Shadow of Mordor has demonstrated will still work as well with sword combat as it does martial arts. In Arkham Asylum Batman can use his batclaw to grab objects/thugs, Wonder Woman has the lasso of truth. Batman uses explosives to get through weaker walls, Wonder Woman can just punch right through them.

This won’t be necessary, Wonder Woman can just float.

Now admittedly there would be some logistical difficulties in developing aerial combat and problems with the transitions between aerial movement and running on foot. However, truly becoming Batman seemed like an impossibility until it was fully realised back in 2009. The one thing I do know that a Wonder Woman game would give us an opportunity for is massive and massively cool battles with hundreds of characters. 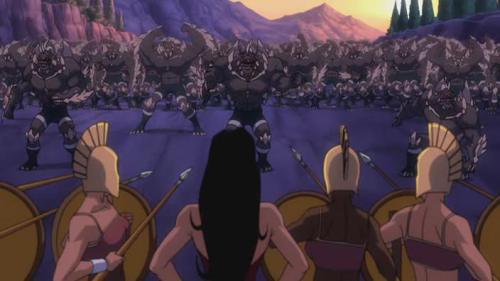 I wanna fly from Themyscira to Olympus to Gotham. I want to fight gods and demons as well as murderers and thieves. I want to foil every kind of conceivable Supervillainy all in one game. And this all comes with the added bonus of playing as one of the greatest female characters ever created. 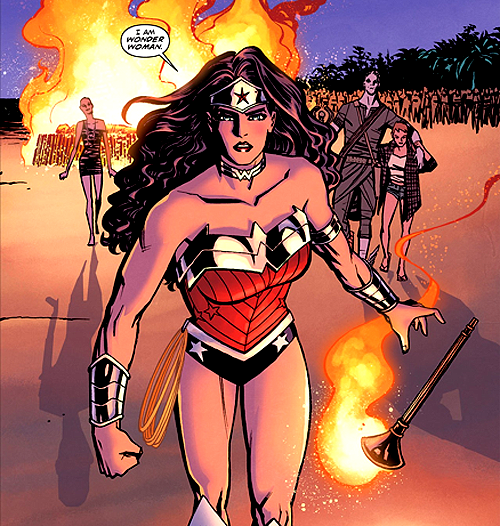 One thought on “We need a good Wonder Woman Video Game”