This is a tricky game to talk about. Anyone that pays even basic attention to video games media knows of the problems with Mass Effect: Andromeda. It suffered long delays and when it was released the game was absolutely littered with bugs and glitches.

Andromeda also has the problem of having to follow a trilogy of critically acclaimed games that ended on a sour note for a lot of people with Mass Effect 3’s infamous ending. Andromeda had to simultaneously contend with high expectations and bitter resentment. 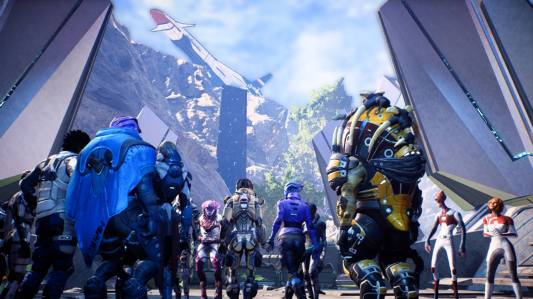 I tend to not do Dreaded Backlogs about new games as it would defeat the point of the conceit. I did play this game upon its release. However it took so long to complete it has been long enough now for the conceit to be appropriate here. It also means I have played multiple patched versions of the game since release day.

All that being said, I really quite like Mass Effect: Andromeda. In many places I loved it. However there are those many bugs and glitches to consider, many that are still in the game in its current state. At first I jokingly referred to Andromeda as Mafia III in Space. I could list the glitches, but it would just be best if you did a search of all the glitch compilations on YouTube. 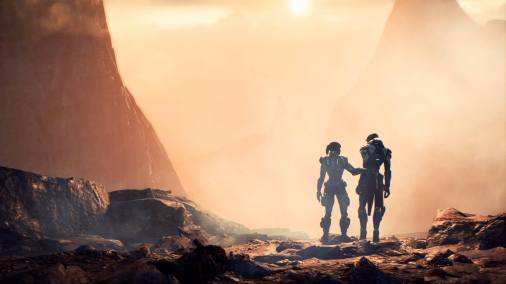 In summary, in 60 hours I only had to quit the game three times from a total crash, once losing 45 minutes of playtime. Conversations were only ruined two times. And whilst the game has many lighting and texture problems, they are mostly in the background. It is easier to spot how shoddy Andromeda is when you watch someone else play, rather than when you play yourself. To be crude, I’d describe Andromeda as a 9/10 game operating in the systems of a 5/10. Most of the time it rises above its problems, but the constant reminder of how good it could have been is always there. 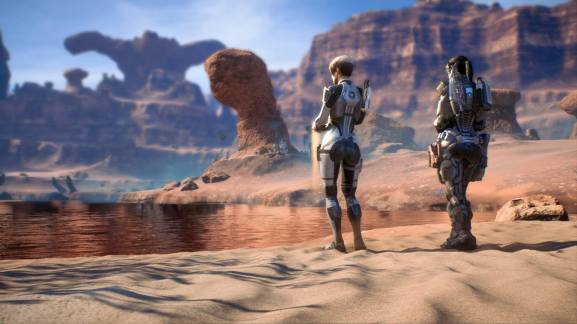 So what makes some of its parts 9/10 worthy?

You get to create your own character and then explore and colonise another galaxy. That’s a great hook to begin with, but Andromeda revels in the details. You met new races and fight different factions within them. You have to form alliances and heal rifts with other colonising factions. You get to explore planets and moons in a cool space car. These planets are covered in dangerous creatures and criminals. The only thing deadlier than them in the game is the atmosphere of the planets themselves.

The Mass Effect use of tech powers and biotic powers is as fun as ever, albeit it without the ever useful power ring display. You have a ship and a crew to get to know and do what you like with (wink wink). Most of these interactions involving doing extensive favours to gain influence with people, or at least reach a compromise. You are faced with solving a political clusterfuck caught in a hurricane of low resources, all in a strange new galaxy. 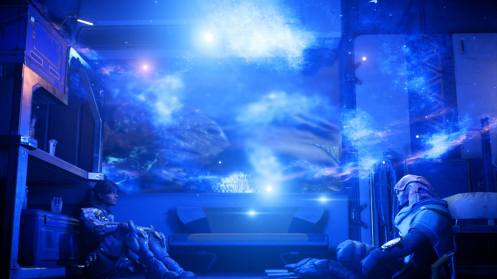 A lot of people will be put off by the sheer amount of fetch quests in this game, however I found it gave the universe and characters a greater sense of scope. There was always something to do, someone to talk with (or shoot) and somewhere new to explore. Andromeda is great for those that love minutiae.

The game also extends this idea of minutiae to combat options. The skill and equipment trees are arguably even deeper than those of the first Mass Effect. Guns, armour, powers and your vehicle are also customisable. Your class can even be changed during combat. As for combat…imagine the combat of the first Mass Effect, but with faster movement and shooting and a jet pack. Hell, you can even equipment an Asari sword that lets you teleport into someone’s face to hit them. The guns also feel good and distinct to fire, which isn’t as common in games as it should be.

However. The game has one flaw bigger than its glitches and bugs. That flaw is Liam Kosta. He is the worst character Bioware have ever put in one of their games. He’s angry when he should be rational. He’s jokey when things are serious. He’s also annoying when he tries to joke. Half the time he acts like a petulant child. None of these are bad traits for a character to have of course, but the game seems to think he is fun and quirky. He isn’t, I hate him. I hate him so much.

On the other hand there is ‘Pelessaria B’Sayle’ or ‘Pee Bee’ for short. Pee Bee is one of the greatest Bioware characters of all time. She is both adorable and terrifying. A character that is as likely to murder someone as she is to run away from a fight. She’s so flaky she lives in the escape pod. She flirts with anything that moves, but the game executes it in an empowering way, rather than her being an object for sexualisation. She is sarcastic, but has her heart on her sleeve. 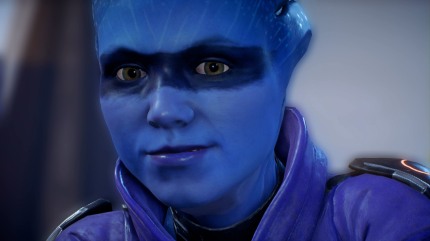 She is a skilled archaeologist, despite lacking any of the patience that role requires. She has all the best dialogue options in the games and the best responses to environmental triggers. She has chemistry with every other character in the game and seems to be able to play off all of them for humorous or serious effect. I really like Pee Bee if you can’t tell. Drack and Vetra are also pretty cool. 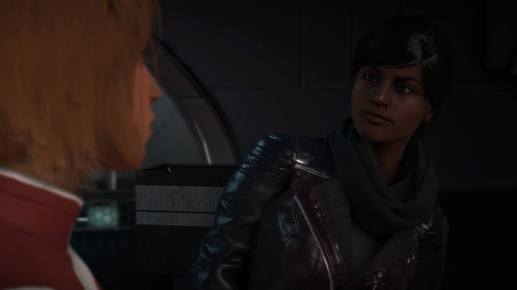 But what about Ryder? Does Ryder live up to the standards of Shepherd? I went with a female Ryder and called her Mariam and overall found she surpassed Shepherd already. In Andromeda the team weren’t afraid to attach a bit more of a base personality to the character. It feels like you’re guiding your own version of an actual person this time, rather than pointing a blank slate in whatever direction. This is also helped by the lack of a ‘paragon’ and ‘renegade’ system in Andromeda. One can make more nuanced and consistent choices and expressions of emotion. I played Mariam Ryder as someone raised into military pragmatism, but with the soul of a romantic, someone who always wants to know what new adventure and peoples are in the next solar system. 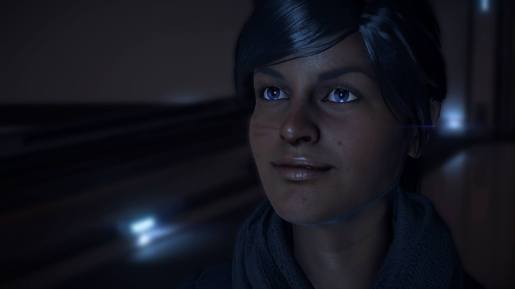 Mass Effect: Andromeda will be divisive. If you preferred Mass Effect 2 to 1 you may not love it as much as me. If you hate Sci-Fi minutiae and fetch quests, definitely stay away. However, if you want a genuine experience of how to colonise a strange and violent new galaxy, this is the game for you. Just watch out for those bugs.

← Should news outlets be entitled to a political bias?
‘Billy’ and the violence of Angel →