It is worth saying before I get into this that I played the Xbox One Ultimate Edition of Sniper Elite III. Some of my assessments are untrue of the original game.

This game is everything I wanted the previous game to be and because of that I shall reuse the same descriptions I used for Sniper Elite V2 in my Dreaded Backlog piece for that:

“It is essentially a stealth shooter set in World War II…and you play as Karl Fairburn. Another character that’s an exercise in bland stubbly white men from the late 2000s.”

“You sneak to an objective and complete the objective. You might get seen and have to shoot some folk in a way that attracts attention. The objectives are usually one of the following: shoot a man, pick up a thing or set charges to blow up a thing. I’m making this sound quite bland, but the purity is what creates the fun. The sound design conveys the atmosphere well enough for the player to feel things about what they’re doing.”

“If you didn’t already know, slow motion sniping is the USP of the Sniper Elite titles. If you shoot a German somewhere significant you are treated to a slow motion camera track of the bullet hitting said German. Sometimes there’ll be a cross section of the German showing the exact damage you did to a human being…”

The key difference in Sniper Elite III is that the game works how it is supposed to, for the most part, but I’ll get to that soon. The stealth is competent with a better cover system where you crouch automatically below low walls, rather than stick to them. The character’s aim is better. The HUD and enemy indicators are clearer, look better and actually work. The slow motion bullet cam tech has been pushed further too. The grim damage to your enemies is more detailed than before and it extends to including exploding eyes and genitalia.

The enemy AI is still a little weak, but there are advances. Enemies in one area will look for you if they see you or spot something. If you make too much noise in dealing with this then the enemies from every area will be ready for you. However you can also be ready for them now. Before every mission you can customise every aspect of your equipment and tool up your weaponry. You can design the sniper rifle for your play style. The maps are much larger and are made to look appropriate for the Africa setting. They’re admittedly very samey in look as there are very few ways to make sand and rocks seem different, especially in an AA game.

Like with Sniper Elite V2 this game is an AA title pretending to be an AAA title. There is often screen tear. The frame rate drops abysmally low if there is a lot on screen, which isn’t great for a game that requires so many systems to operate in tandem constantly. In one level you infiltrate a castle and whenever I looked at the floor the game did a passing attempt at 60, whenever I looked up it dropped below 20. I am not normally one to give a shit about frame rate, but in a game that requires making micro adjustments with your aim, with small windows of opportunity, it is actually very important for it to be consistent.

I came across a lot of glitches too. At one point two men stood clipped inside of each other, when I shot them both through the head at once the bullet cam system had a heart attack. It could not work out what was going on.

On the other hand Sniper Elite III does look graphically nice. It looks better than other cross-gen titles I’ve played. It isn’t too gritty and dull, sometimes colour even pops despite the desert settings. The aforementioned HUD helps a lot with this.

The story is obviously close to non-existence. However it stands out a little more than the previous title. The villain is referenced enough to become a shadow over proceedings and when you face him in the final level he provides enough challenge to make taking his life feel ‘good’. You have a couple of friends from the British army that you are working for on loan, because the US hasn’t entered the war yet. One of these friends SPOILER suffers enough of a bad fate I felt sad. It says something that I say ‘you’ rather than ‘Karl Fairburne’. Like Master Chief you embody this character because of his blankness. Or maybe I just find it easy because of my own bland, occasionally stubborn, whiteness.

Sniper Elite III feels cool. Even when it is tense and frustrating it feels justified. You want to get through the slog properly. It feels rewarding. The game also allows for any play style. It’s not recommended you go in guns blazing, but if you are skilled enough it will work out eventually. This game does not have a regenerating health system, but a bandaging health system. Your supply space is limited and you might pick an extra grenade rather than extra bandages. If you get into the shit you may have to get into it further just to find more bandages.

I tried my best to be stealthy and I managed for the duration of the game apart from a few moments.

One such moment was when I was in a bell tower picking off artillery men using the noise of the shells to cover my shot, before I was spotted. Nazis rushed from every direction into the tower. Luckily I had trip wired the staircase and packed an MP40 with extra ammo (I liked to carry this because I could get ammo off my victims). Holding those stairs was tense, but I got through it and made my escape. I felt like Clint Eastwood in Where Eagles Dare. In Sniper Elite III you pick your path and you make your own memories. 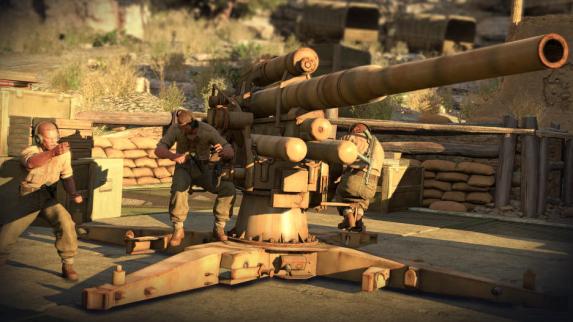 I found nothing to be more satisfying than memorising a tank’s patrol route, then laying dynamite on said patrol route with a pressure sensitive land mine next to it. Afterwards you carry on with your mission as normal and five, ten or fifteen minutes later there is a satisfying bang in the distance. But nothing was as satisfying as when I headshot five men with a single bullet. It took twenty minutes to get into a position with the right angle without being detected, but it was completely worth it. 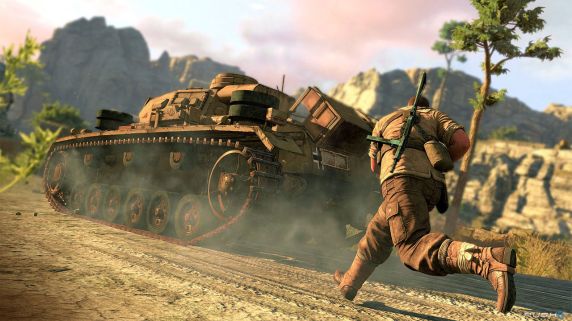 I enjoyed this game immensely. It is far from perfect, but it offers up a lot of things to counteract those imperfections. The replay value is an embarrassment of riches. You can customise the difficulty settings down to ammo allowance, enemy behaviour and so on. You can change your entire equipment bag and how you play each time. You can enter every locale from a different direction. Unlike Sniper Elite V2 I am planning to replay this and soon, even though I plan to get Sniper Elite IV soon too. That should say everything.

← The Dreaded Backlog: Lego Marvel Superheroes
What Netflix can learn from The Crown →