The Internet is home to many contemporary reviews for contemporary shows and films. However older properties have not been given this treatment as often as perhaps they deserve. I say perhaps because we’ll see exactly what they deserve in the process. Enjoy. 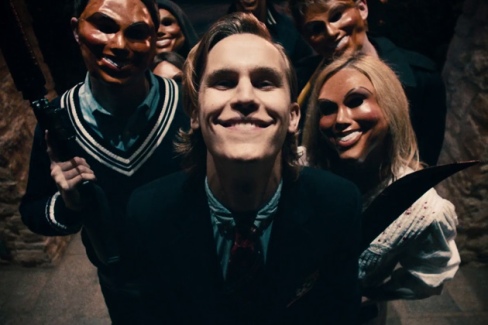 Building intelligent weighty and consistent themes into a film can be difficult. You have to bury them in there with a degree of subtlety as to not be heavy-handed or preachy, but also obvious enough to be noticed by at least some people. Often a simple visual or a direct line is enough to put the audience in the desired direction. (Or in the case of Christopher Nolan, you have characters directly discuss the themes.) However sometimes you have themes and ideas that are big and simple with effective, but broad, satire. These themes cannot be buried into a film; they float to the surface whatever you do. Often the best approach in these circumstances is to shove a high-concept idea into a B-movie or exploitation genre. That way the point of the film being expressed obviously is part of the point. This option is clearly what James DeMonaco, writer and director of The Purge took. It’s a very blatant Sci-Fi parable about the evils of economic Darwinism wrapped up in a home invasion horror film. 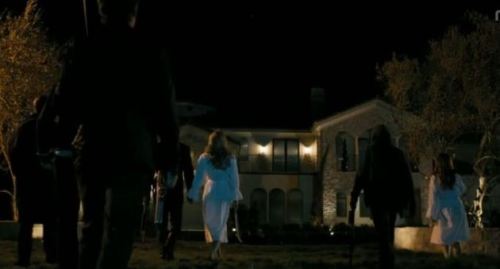 It’s 2022 and the United States has reduced its crime and unemployment rate to 1% of what it used to be through annual ‘Purges’. Every year in March for 12 hours all crime is legal, including murder. The government (who are exempt) attributes the success of this system to it allowing civilians to release their inner evil urges. This morality is already clearly subscribing to the idea that all humans have evil inside them and ‘good morals’ are what protect people. Whereas the film itself implies (largely through news footage) that the purges have actually just lead to the widespread murder of any underclass the US still has. A mistake The Purge could have made would be to show our protagonists surviving through murder, thus undercutting the criticism of economically driven murder the film is trying to make. However The Purge doesn’t establish the protagonists as likeable at any point. For the most part the film keeps an emotional distance from proceedings. The audience is supposed to witness events, not care about them. After all it’s only the idea that’s scary. Thus The Purge is never hypocritical with its societal criticisms, nor too cruel to the audience’s emotions. 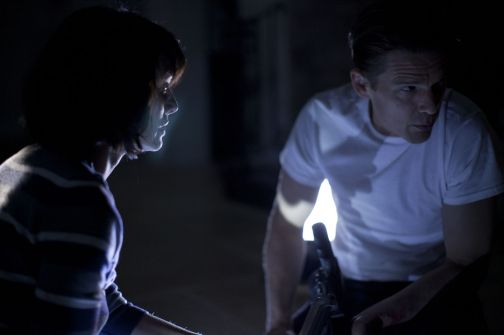 Our protagonists solely serve the larger themes. They’re a traditional nuclear family with father James Sandin (Ethan Hawke) being the breadwinner for his trophy wife (Lena Headey), daughter and son. Sandin is rich and lives in a rich area. This is clearly not a place that the purges spill over into. Sandin made his fortune from security systems for the rich designed to protect from potential purge attacks. Although it is revealed the security systems are useless against any real attack, safety is presumed due to economic superiority. Thus Sandin profits from the purges: a blatant metaphor about capitalism preying on the poor to prop up the rich. Eventually his son allows a homeless veteran of colour into their house as sanctuary from rich white private schooled fascists. Now the family has a choice whether to give the man to their attackers or try to survive a siege. The moral choices and accompanying commentary is equally obvious here. Later on they also have to contend with jealous neighbours with slightly lesser wealth. The Sandin’s night is filled with stabbings, shootings, crazy schoolboys and murder. DeMonaco even finds time for a sub-plot about Sandin’s daughter’s boyfriend with masculinity issues. 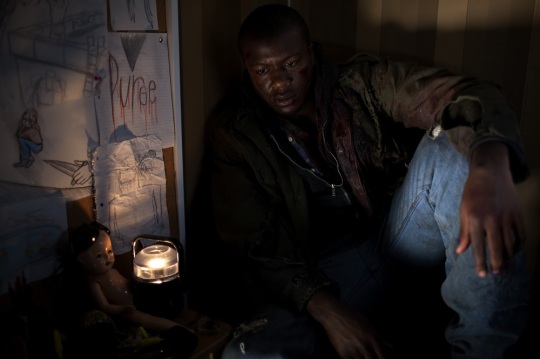 If I seem to be going on about the ideas in the film, rather than the events themselves, that’s because this is where the meat of the film resides. It is conceptually rich but lacks any narrative or character depth. And that’s fine. As I stated before, there is a deliberate emotional distance from the characters. This is a Twilight Zone episode done in a lazy almost-documentary style. Admittedly there are far too many reverse-shots of Ethan Hawke and Lena Headey in dark corridors with torches (with no clear sense of geography), but that doesn’t matter either. The film is only 85 minutes long, so any grievances won’t be with the audience for long. The Purge manages to contain some plain and daring perspectives on the modern world. One is that America is populated by rich men who make their money off exploiting the poor and then blaming said poor for their own circumstances. Another is that the upper class of the US is full of racists who do not really care for veterans. Another point is that when you reach the top, even your neighbours still want to step onto you to get a little higher. This isn’t the most original political discourse, but this is a striking message in a contemporary American thriller even today, especially when considering how clearly it is displayed on the surface. In a low key piece of characterisation, Mrs Sandin also provides a voice of decency and reason. The Purge isn’t so cynical as to ignore the fact that kind people exist in even the most horrid of regimes and seemingly selfish economic groups.

The Purge is a heavy handed B-movie and the film is upfront about that. The shoddily acted characters are supposed to be lacking because they’re unsympathetic Western capitalist archetypes. The film makes its point and doesn’t try to hide it, but also provides an efficient horror film if the ideas don’t interest you. Either way, it’s only eighty-five minutes and it is well paced with enough striking images. Proceedings also manage to hint at a much larger world that the filmmakers lack the budget for (until The Purge: Anarchy) but manages to make said world rich enough regardless. You spend much of the runtime imagining more horrific implications of this world than the film can actually throw at you. Thankfully there are no exploitative rape or near-rape scenes, the filmmakers actually trust the audience to realise the potential legalised crimes happening off-screen. It also has a fun element, akin to a Zombie film, of providing viewers with discussions of their own hypothetical survival strategies. Ultimately there is a creeping sense that politicians and industrialists would legalise ‘purges’ if they could get away with it. And considering how ridiculous that idea is even in a dystopian world, that’s an impressive feat for a home invasion film to manage.

← The Best Batman Comics (that aren’t the famous ones)
The Dreaded Backlog: Sleeping Dogs Definitive Edition →